Help! Despite Being A Married Woman I’m Falling For My Workout Partner

Help! Should I Date My Sister’s Ex-Boyfriend?

The truth is that being stuck in the house with my husband right now because of the coronavirus pandemic lockdown is choking me. Don’t get me wrong, I love my husband but I found out about his infidelities a week before the lockdown began.

My close friend, who he was involved with, came to me, confessed and then apologised for getting involved with my husband as she deeply regrets her action. I was dumbfounded. I felt, she was trying to cause problems in marriage since she is still single.

She stressed that although she had parted ways with him, he’s still cheating on me with another lady. She warned me to be wise and watchful. I didn’t know whether to believe her or not but as I walked away, her words kept echoing in my ears. But how can I even suspect my darling husband of infidelity? Nevertheless, I decided to be on the lookout. And luckily, the movement restriction provided the perfect opportunity to find out the truth.

My husband is a very busy man, most times, I plead with him to stay at home with me and the children at weekends. But he uses work as an excuse to leave home but I never for once suspected him of cheating on me. Well, since he brings in all the money, I stopped complaining about his lack of time for the family as I’m a full-time housewife with three children. 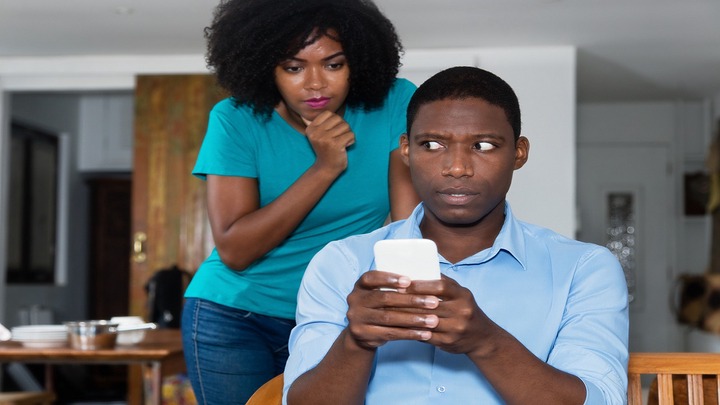 With the compulsory movement restriction and social distancing in place to control the spread of coronavirus, I became extra alert of all his moves. I noticed that he hardly answers his phone calls in my presence. And if does, he talks in a hushed tone or gives a yes or no response. The most annoying part is that he is always with his phone, chatting away in the bedroom and grinning from ear to ear.

In fact, he takes his phones everywhere even to the bathroom when he wants to shower. That was when I believed that he was indeed having an affair or hiding something he didn’t want me to know about.

It’s not difficult to imagine that cell phones contain a wealth of information, including texts, photos, videos, and e-mails. So, hiding a cell phone or taking it to the bathroom or even on the shortest trip to take water from the fridge is a red flag. It’s an obvious indication that my husband doesn’t want me to know or see something I shouldn’t. But this made me even more curious.

So, how was he finally exposed? He had received a phone call in the sitting. Minutes later, while rushing into the bedroom to continue answering the call, he collided with our four-year-old daughter. The phone fell from his hand and then somehow went on speaker. And that was it. Since I was close by, I picked up the phone for him as we both listened to how the woman at the other end was telling him how much she had missed him and will love to be him at the moment. She added that she was horny and requested for a video call so that she can show him her sexy lingerie and the mood she was in. She also told him how bored she was at home with him before asking him to send her money as she was broke.

As she continued with her love talk, tears rolled down my cheeks as I handed the phone over to him and quietly walked away. Now my doubts have been confirmed. He has been caught red-handed.

READ ALSO  How Do I Tell My Boyfriend I'm Finally Breaking Up With Him?

When he realized that he has been exposed, he confessed to his infidelities. He admitted that his infidelity started with my close friend a few months after I gave birth to our third child but that they are no longer together. He also opened up about his present illicit affair as he pleaded with me to forgive him. He promised to immediately end the illicit relationship. 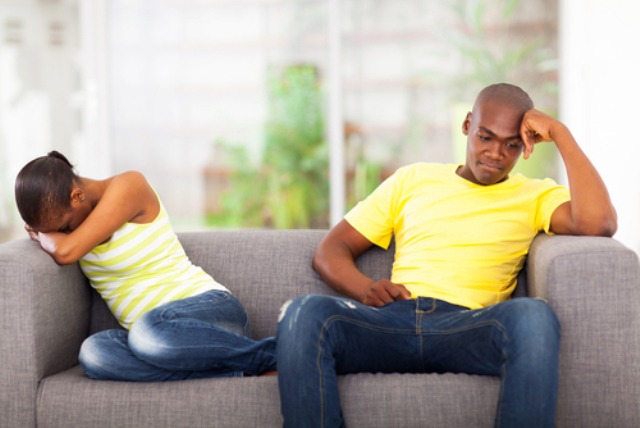 I was really hurt and disappointed with him. I love my husband dearly but I am broken. Right now, it is not an easy space to be in with him even though he has apologised and promised to change his ways. But whenever I hear his phone ring, I get angry and tense that it may be his side chic especially if he doesn’t pick up the call.

It’s hurting to discover that my husband of seven years has been cheating on me with multiple women. And being forced to stay with him in the same space right now, keeps reminding me of the pain he has caused even though I have forgiven him. There are moments I feel choked and want to leave home but I realize that I can’t afford to so right now as I need to stay with my children and also obey government restriction order.

Has he truly changed? Well, all I can say is that he doesn’t hold onto his phone like before. This lockdown is a blessing in disguise as it helped expose my husband’s infidelity; he spends quality time with his family even as we bond as a couple and family.

But my fear is that won’t he renege on his promise and continue his affair with his side chic after the lockdown? Can I ever trust him again? These thoughts give me sleepless nights. What should I do?

Help! Despite Being A Married Woman I’m Falling For My Workout Partner

Help! Should I Date My Sister’s Ex-Boyfriend?

How Do I Tell My Boyfriend I’m Finally Breaking Up With Him?

10 Years, 3 Children After, Yet She Doesn’t Remember Being Married

I Trained Her Through University, Now She Rejects My Marriage Proposal

How Open Relationship Is Threatening To Make My Life Miserable